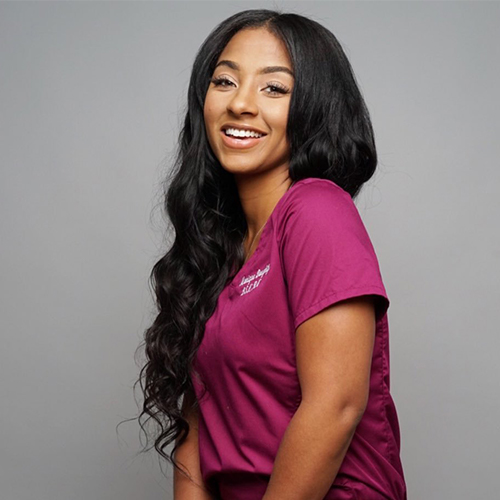 Monique Doughty, also known as “Nurse Mo”. Is a Critical Care Nurse from Philadelphia, PA. She attended the HBCU Hampton University in Hampton, Virginia. After college, in 2014, She began to travel nursing starting her career at the #1 Level Trauma Center in Atlanta and began working in Intensive Care. Since then, She has traveled to many states working at the top institutions in the country in various aspects of critical care including Cardiac Intensive Care, Liver Transplant Intensive Care, Trauma Intensive Care and Neurosurgical Critical Care.

She began blogging in 2014; with the purpose to ensure that she was being an impactful media representation for African-American healthcare professionals. She has since developed a widespread social media presence. Her primary platform is Instagram; @Iamnursmo and @theresilientnurse.  Having a network of over 154K following, primarily women.  The purpose being to motivate, uplift and empower women to remove limiting beliefs, particularly those of color.

All Sessions By Monique Doughty

Creating Your Own Lane in Business